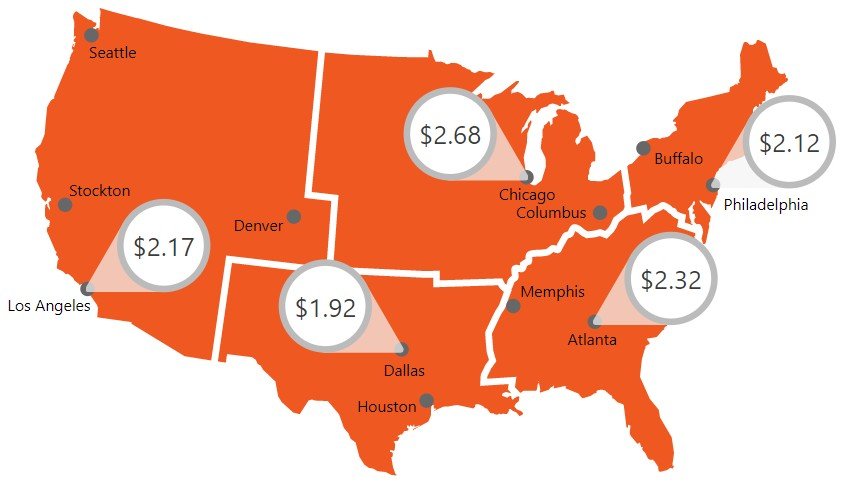 National Van Rates Break Records in January 2018. To be more precise, the average van rate for January 2018 was just a tad over $2.25/mile. That is not bad at all for an “average” rate. Imagine if you were working with a dispatch company who consistently booked you at an “above-average” rate per mile.

Compared to December 2017, just a month prior, when prices were already beginning to increase once the ELD mandate hit the books, prices were up an average of $0.15/mile. This makes it the highest rate ever recorded by DAT’s Trendlines service. 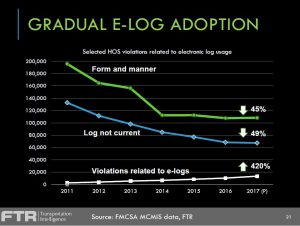 In real-world terms, what this means is that on average spot market rates increased an average (National) of 35%. What I’ve seen dispatching out trucks during this time is 50% higher rates. When it comes to contract rates, those increased by an average of 10% or 7% if you exclude fuel surcharge.

Shippers, 3PLs, Brokers, Freight-Forwarders, they’re all paying more money to carriers to ship freight. Things have definitely rebound now. We’re still going through a correction. This is why freight prices tanked. Similarly the Dow Jones Industrial Index also dumped during the same time period. Considering how shipping is a leading indicator of a country’s GDP, it doesn’t surprise me at all. 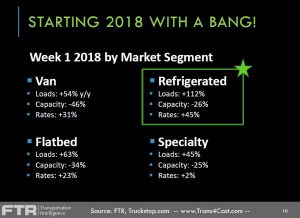 At the end of the day, the one to two day round-trip runs are going to be affected the most. You just can’t run as many hours as you used to. I know guys who left the industry as soon as ELDs went live. The thing is though, they didn’t have to do that. Had they been working with a good dispatcher, they’d have plenty of freight opportunities even during these bear times.

A good dispatch office will have a book of business and not only rely on load boards. Hey when things were good and brokers were bending over backwards to get your truck booked with their load, you didn’t have to do much arguing and just took the orders as they came in. Well, things have changed. What comes up, must come down. This is where we are now.

If you want to make more money for the miles you’re going to put on anyway, why not work with a dispatcher who can reduce your workload and keep you loaded with profitable loads no matter what the market brings. This is what we do. Our dispatchers are commission-only dispatch professionals who are always looking to get you the best paying loads. Our admin staff handles the paperwork, calls, emails, insurance certificates, and once you’ve delivered the load and set us a picture of the BOL, they’ll also handle the billing and invoicing aspect whether you work with a factor or not.

Just think about it. If you could make more money for the miles you’re gonna put on anyway, why wouldn’t you? If you didn’t have to make a bunch of calls early in the morning and negotiate rates with brokers, would you still do it for fun? What about packets, and insurance certificates, and invoices? What if you didn’t have to deal with any of this stuff and remain constantly loaded with profitable loads. Why wouldn’t you do it?